Home > Blog > Best Antivirus Software with VPNs – Which is the Best One?
We review products independently, but we may earn commissions if you make a purchase using affiliate links on our website. We are not antivirus software; we only provide information about some products. 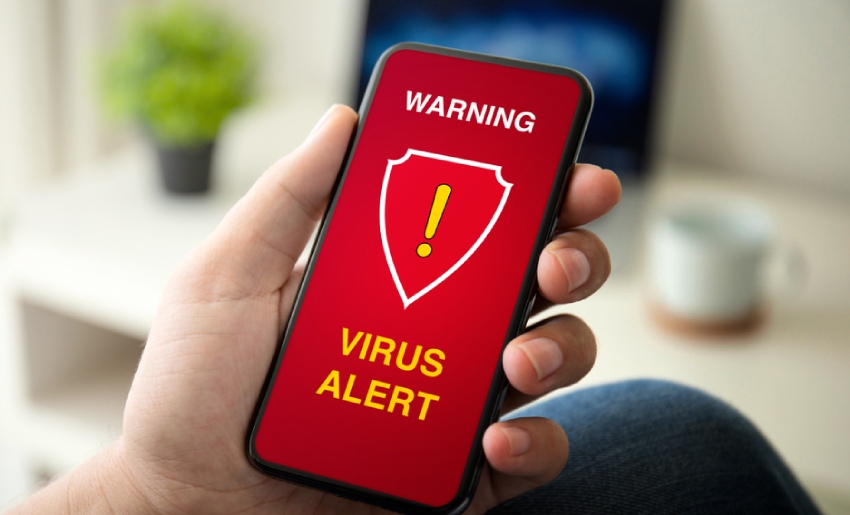 In 2020, antivirus software is no longer capable of protecting a user’s privacy. If you want to turn into a digital shadow and keep prying eyes from monitoring your online activity, a Virtual Private Network is a must. By routing your traffic through encrypted tunnels, VPNs make it impossible for third parties to take “sneak peaks” while you’re surfing the web. AES 256-bit encryption, powerful protocols (like OpenVPN), and reliable servers make that possible.

The good news is – most modern-day antivirus products come bundled with a VPN for additional security. In this post, we’ll help you find the best antivirus with VPN: overall, we handpicked seven of the best options on the market. World governments, hackers, websites, apps, services – they all want to collect as much personal info as they can.

Some use it to keep tabs on regular citizens; others want to steal precious data to sell it or demand a ransom. As for websites, apps, and various services, they collect info mostly for commercial purposes (by monitoring your habits and desires). So, without further ado, let’s get right to our list and take a closer look at the contestants for the title of the leading antivirus with a VPN.

Summary of Best Antiviruses with VPNs The Best Antiviruses with VPNs

It is a relatively new player in the business, but, thanks to impressive performance, Safe Browsing deserves a spot on our list. With a server network of 100+ units (in 60 locations), it allows the users to stay protected no matter where they are. Most of the servers are located in the States, of course (57 in total). The rest are in Europe (20), South America (13), Africa (7), and Oceania (7).

Connection speed and stability are decent, and, thanks to leading encryption protocols, no hacker/world government will be able to penetrate the VPN’s line of defense. There’s no data limit, meaning you can watch as many Netflix shows as you want and never worry about the traffic.

It’s important to note that Safe Browsing is heavily based on Windscribe, a leading Virtual Private Network, and is just as good and even better in some aspects. However, there’s no Kill Switch or DNS leaks protection. 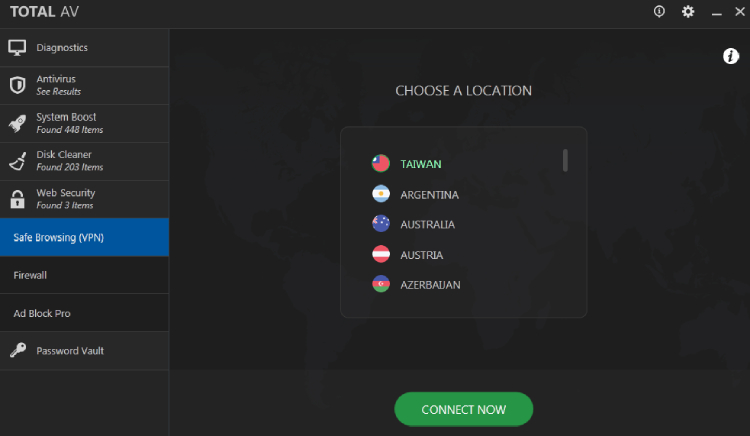 As the title suggests, Avast’s VPN is not for the pro. Like the company’s antivirus, SecureLine is mainly focused on basic users that want a decent, yet intuitive program for extra security. With that said, this VPN still has a long list of advantages that convinced us to include it into today’s list. First of all, it can cover up to five devices simultaneously and is compatible with all the major platforms.

Plus, it includes essential features like DNS leaks protection and a Kill Switch. DNS protection is for covering any “holes” in security that render the VPN useless. The Kill Switch, in turn, automatically shuts down the network the second the VPN goes offline, thus protecting the user from all outside threats. Furthermore, Avast fully supports the P2P protocol and follows the no-logs policy.

Add 256-bit encryption, a 55-server network, and an HQ located in the Czech Republic, and you’ll get a worthy pick. The average connection stability and inability to access Netflix/other streaming platforms are the rather serious drawbacks of this VPN. 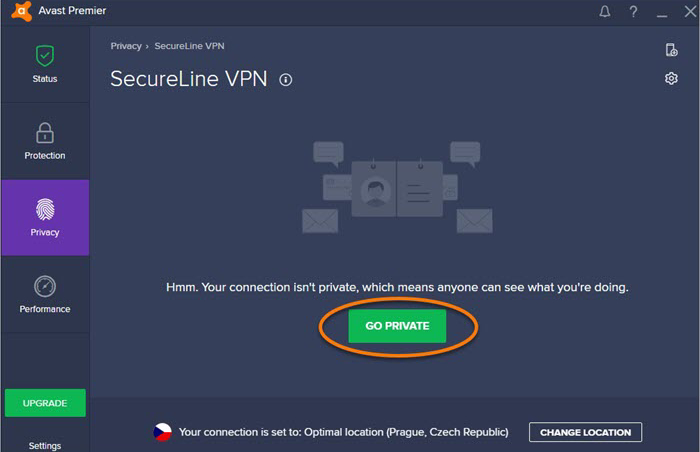 For many years, McAfee has been a leading antivirus. And, recently, the company decided to add a similarly-impressive VPN for improved security. If you put reliability first, we highly recommend checking this tool out. It doesn’t have a long list of extra features, however, and, to this day, macOS is still not supported. The apps for the other three leading platforms (Win, iOS, Android) work flawlessly.

The interface is user-friendly and intuitive – all you have to do is turn the VPN on, and it’ll do the rest. The server line-up is rather modest, and you’ll only get 18 locations with Safe Connect. On local connections, the connection speed is well above average. Sadly, on long-distance connections, McAfee is not a good pick.

As for the cons, the HQ is in the US (another member of the Five Eyes), P2P traffic is not supported, and there’s no Kill Switch. And, the company logs some user data (nothing serious), and access to streaming platforms is blocked. 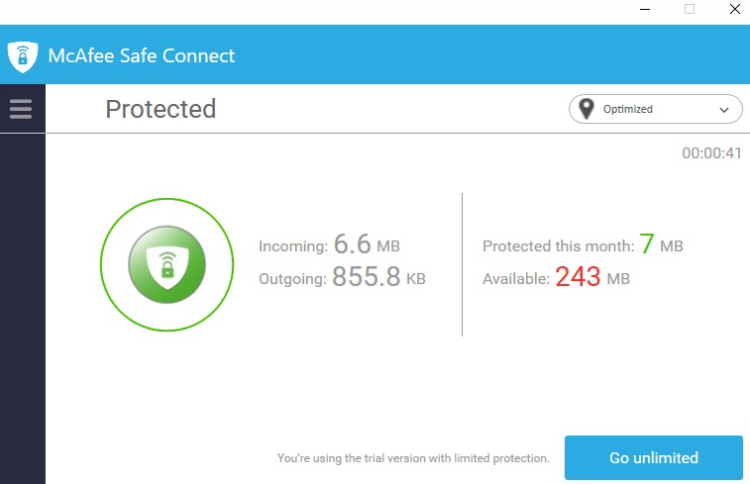 In many ways, AVG’s VPN is less attractive than its rivals. It’s not nearly as powerful and reliable as McAfee Safe Connect or as connected as TotalAV’s VPN. But, it’s got a big advantage over the rest – an ability to easily unblock access to all the popular streaming services. The list includes Netflix, Amazon Prime, Hulu, and more.

The server network leaves a lot to be desired, especially on long-distance connections. Thankfully, for watching Netflix or other US-based platforms, it’s more than enough. The full P2P/torrenting support, along with the built-in Kill Switch, are more reasons to consider it over the competition. The pros also include several protocols to pick from and the zero-logs policy.

Limited customization, lack of monthly subscription plans, and slow support are some of the biggest cons. AVG Secure is a worthy investment for downloading torrents and streaming. Other than that, it’s not very impressive. 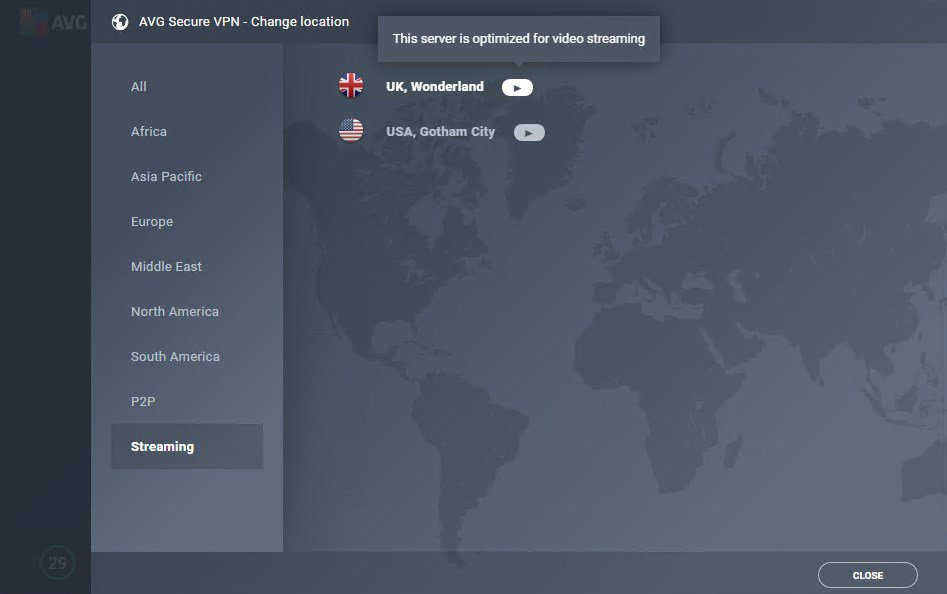 Military-grade encryption, access to unlimited devices, and a friendly interface are good reasons to consider the Phantom VPN. But that’s not its biggest pro – the free edition is. True, it’s capped at 500MB per month, but that should be enough for most. Plus, for registered users, the cap changes to 1GB. So, in many ways, Avira’s Phantom is the best antivirus with free VPN.

Connection speed is this product’s biggest downside. While there are 38 server locations to choose from, stability is something you’ll rarely experience. The HQ is located in Germany, a “14 Eyes” member. P2P is allowed, though, and this VPN is capable of accessing Netflix relatively easily. 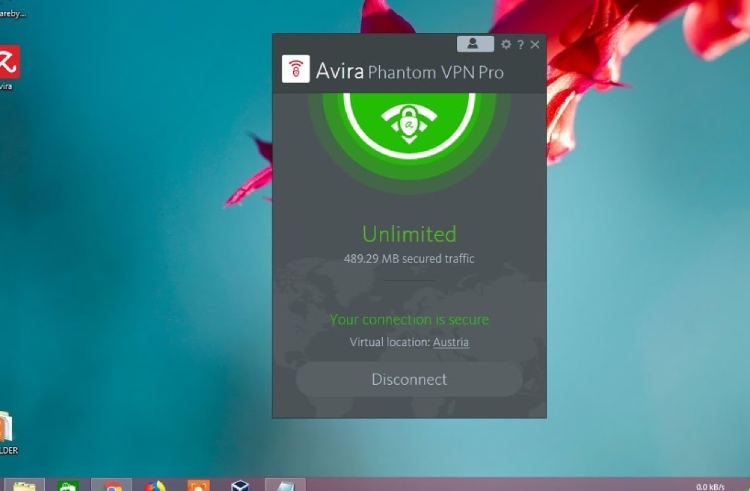 Servers in 30+ countries around the world (73 locations) and easy access to streaming platforms like Netflix – those are just some of Secure’s stand-out features. Thanks to the above-average connection speed, you can enjoy your favorite shows and series. It also comes bundled with AES 256-bit encryption, OpenVPN, a friendly interface, and flawless mobile apps, not to mention the excellent tracker blocking system.

The company follows the no-logs policy and doesn’t store or leak any personal information. However, the HQ is located in Canada, a member of the Five Eyes alliance. The fans of downloading torrents will be disappointed as well, as this VPN does not support the P2P protocol.

Furthermore, while on short and medium distances, the connection is reliable, on longer distances, you’ll experience constant stability drops. We would’ve also liked to see a Kill Switch included in Norton Secure VPN, but it’s not available yet. Overall, this is a decent pick for users that want an easy-to-use, secure, and hands-off kind of a VPN. 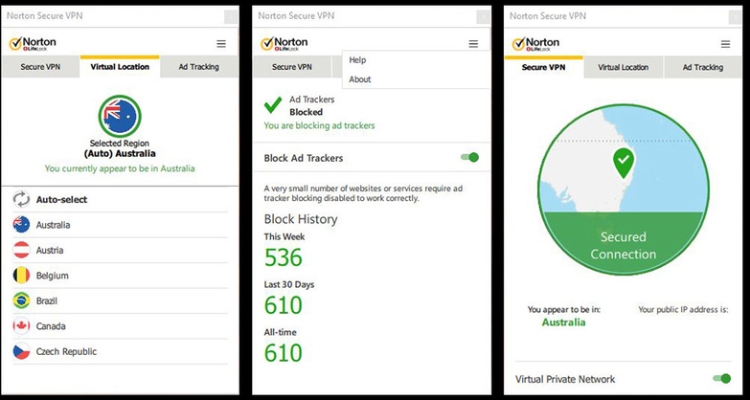 This relatively small company is well-known in the antivirus world. As for the Dome VPN, it follows the same policy as the antivirus: great value, ease of use, but a lack of extra features. If that’s what you’re looking for, then this VPN might be right up your alley. On short and average distances, performance is impressive.

The server network is rather small, though. The lack of a Kill Switch and the inability to use the VPN as standalone software are even bigger turn-offs. Moreover, Netflix and other platforms can’t be unblocked with this service (including the UK, Canadian, and other Netflix libraries). On the bright side, there’s a free version available, and it has a 150MB/day cap. Too bad you can’t choose a location with it.

This is it for our review of the best antivirus software with VPNs. We reviewed seven leading Virtual Private Networks and talked about their standout features. Here’s what we recommend: weigh in all the pros and cons before you commit to any one of these products. Some of them come with excellent free editions, while others provide impressive connection speeds and reliability.

The best thing about VPNs – you can install as many as you want on one OS and try them all out on your device. It is a good way to test the programs and see whether you wish to upgrade to a paid edition or not. As mentioned in the beginning, you won’t ever be truly protected while surfing the web unless you’ve got a reliable VPN “covering your tracks.” And the best way to protect yourself is to use a combination of a leading antivirus and a secure VPN.