Home > comparison antiviruses > McAfee vs Avast: Which antivirus is better in 2022?
We review products independently, but we may earn commissions if you make a purchase using affiliate links on our website. We are not antivirus software; we only provide information about some products.

McAfee vs Avast: Which One is Better

Nowadays, it is becoming incredibly difficult to protect data and computers without the use of top-notch antivirus software. What is becoming even more difficult is picking software that can guarantee round the clock protection from hackers and malware attacks. Avast and McAfee software are two very popular programs used by many the world over. Between McAfee vs Avast, which is the better protector against negative external threats? Read on to find out.

Both are highly reliable programs and are known to provide users with first-class safety from malware attacks as well as anti-hacking protection. Furthermore, they and both provide similar benefits to users. However, McAfee proves to be the better one simply because it has less of an impact on devices when running in the background.

Without further ado, let’s delve deeper into the various features and Utilities of these amazing antivirus programs.

Is McAfee better than Avast? To answer this question, let’s look at the price at which both programs are sold to users online. To find out more about their prices, we visited the websites of both developers, and we found out that the various Pro versions of both programs are sold for different prices. However, when comparing McAfee vs Avast based on the price, we found McAfee to be the cheaper of the two.

Verdict: McAfee’s lower price makes it a clear winner in this category. 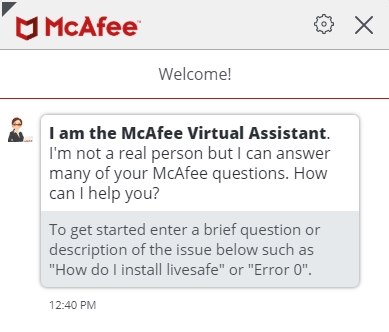 To begin with, McAfee does not have a free option for users as their products. The various programs all have varieties of similar and dissimilar features. Let’s briefly take a look at some of them from the most basic to the most advanced versions.

With a single payment subscription plan, users get unlimited protection on Windows, Mac, iOS, and Android systems. With this plan, you can protect multiple devices using the same plan making it one of the most economical Antivirus programs online today. This plus plan also has what is called an Intuitive Security Management Console and a very responsive Network Manager. It can locate and lock down your device if stolen, prevent Intruders from gaining access to the data stored in your device and premium Antivirus protection.

It is one of most advanced of McAfee’s offerings. The Live Safe Software has a secure cloud storage space where you can save as much as 1 GB of data. It also has not one but 5 True Key protection licenses.

Avast also comes fully loaded with responsive digital security protection for both Windows and Mac systems. Unlike McAfee, which offers no free option, Avast has a Free option which it uses to execute tasks faster than many other free programs can keep up. With the Free Antivirus option from Avast you enjoy: 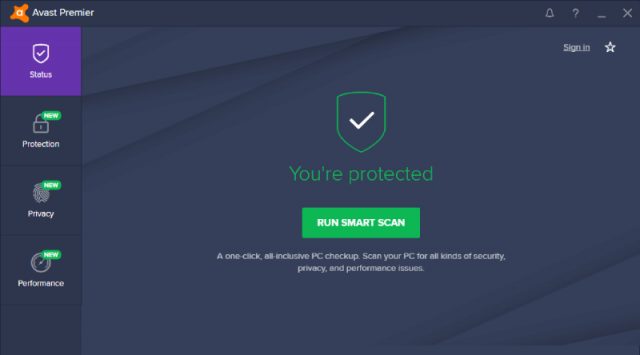 This is a paid version of the program that affords users all the benefits of the free option and lots more.  With Avast Pro you get:

Verdict: As can be seen, both programs have high tech features for data and device security, and they are reliable programs in their own right. No clear winner. A tie.

Any Antivirus program can detect a known virus, but not all have advanced signatures that can determine unknown malware and spyware. To successfully protect devices, a reliable program should be able to detect both known and unknown malware, and both McAfee and Avast excel in this regard.

AV-Test is a world-renowned test institution that conducted tests on both programs. The result released independently by the institution show some interesting statistics.

McAfee did really well to score a 100% success rate against both malware samples earning it a 6/6 star rating by AV-Test experts. Subsequently, it posted one false alert, but its rating was still maintained because of its success rate.

Avast did quite well but scored slightly lower than McAfee using the same samples. It registered 4 false alerts earning it 99.9% success rate and a 5.5/6 star rating.

Verdict: Both programs did well, but McAfee wins the protection race by a very tiny margin.

When looking at the capabilities of the resource of both programs, we wanted to know which one of these programs had the least impact on devices when running in the background. We looked through the test results released by AV-Test and Av Comparatives and see what we found.

AV-Comparatives also released their own findings, and in their results, both programs performed just like they did with AV-Test. They both ranked very high with Avast scoring 8.9 level of impact while McAfee did a little better with a score of 7.3.

Verdict: McAfee has less of an impact on systems than Avast. McAfee wins

In recent years McAfee has gone through tremendous interface upgrades to make it simpler, brighter and more attractive. It now sports a mixture of white, pale blue, white and grey with a Home window that allows you to surf across different pages. Its quick links are also very effective, and it notifies you regarding the health of your device using a green and red color code.

Avast has a modern look with dark color schemes spotting a highly intuitive design. It’s simple and horizontal menu makes it easy to navigate from one menu to the other. With only a few clicks, users can access the three tabs menu on the homepage, along with other relevant features.

Both programs are highly durable and reliable apps for data and device protection, so the decision to use either of the two should be based on choice. But is McAfee better than Avast? The answer is yes because many of its versions are cheaper than their Avast equivalent, and they have less of an impact on devices when running in the background.

JohnIL
I got 12 months of McAfee Live Safe included with a Dell notebook. I think it works fine, McAfee tries to upsell you with other products all the time in the app. You don't have to take the bait and they are not annoying. It scans fine, and I like that finally the suite isn't a resource hog like in the past. I could install it on my Mac as well, but Catalina really locks down the OS these days and MacAfee would install but you have to manually address the permission blocks the OS does so its sort of messy and nowhere near as easy to install on Catalina as it is on Windows 10. I decided to pass on the Mac install, but can recommend the PC version.
Richard Stevens
I had a major problem re McAfee. A computer I bought came with a year subscription to Norton, but had McAfee pre-installed on it. So I tried uninstalling the McAfee. It appeared to be gone but when I tried to install Morton it detected McAfee on my machine and I had a really difficult time getting rid of the McAfee trace. I had to go online to get a special download, it was not easy. A warning to people, McAfee is very hard to totally uninstall. I don't like companies that do that.
Vasyao
Worst antivirus ever. It loads your PC heavily and creates 30+ processes in memory. It follows to frequent lags, which are very annoying. As a programmer I couldn't install Golang with its tools and Rust. This stupid piece of shit developed by stupid people doesn't allow installer to rename directories (sure because it desperately tries to find some virus in them and locks them) At the same time this bloody bastard reacts on very simple "hello world " programs written in pure assembly language and shows huge alarm popups. - Hey I found a treat! Never use that shit.
Read more...
Maria
I was scammed by this company. Avast was saying I had two accounts when they never notified me about the second one nor did I ever agree to it. I found out when I canceled my subscription to the one account I knew about but even though I took out my card information avast was still able to charge me from the second account that I never agreed too. When I tried to get my refund they tried to say it was my fault for not reporting it when avast wouldn't answer the phone or get return my messages. For what reason would I have two accounts that doesn't make any sense but they just want to keep my money without understanding any reason. They never even sent me a email confirmation about this so called second account. I was forced to change my card number so that they can't steal my money and blame it on a third account I never agreed too. I will definitely not be recommending Avast to anyone my experience with them was terrible.
David
i once subscribed to these services. My Microsoft program became corrupted and I suspected Avast to be embattled with the security provided with Widows. I canceled my subscription and reloaded my operating system NO REFUND AFTER 30 DAYS even though I paid years in advance. Guess what? My cancellation was avoided by Avast. After 20 months, my card is again charged hundreds of dollars. After much effort Avast billing credited my account. Only partially, as one charge for $47.91 did not show on their records. I was forced to call my credit card company and it took 1 hour 27 minutes to finally talk to a representative and get a dispute started. I don't know what the results will be, as I indicated Avast, they have no record of my payment being submitted. SAY WHAT?
Karl
I've Used AVAST (PAID) for 3 Years. Just wanted to check out How it stacks up. It works very well most of the time. BUT, it has 1 Nasty Habit. I can be browsing on one tap and a new tab will say NO Internet connection. ??? Or it will Kick U off the Server whenever it sees a change in the connection. Very Touchy. If Anything, it's Overprotective. Oh, and you CAN NOT Use the VPN on Netflix. Otherwise, Stellar!! And Yes, Excellent, Thorough Review.
Read more...