Home » comparison antiviruses » Webroot vs Avast: Which antivirus is better in 2020?
We review products independently, but we may earn commissions if you make a purchase using affiliate links on our website.

Avast vs Webroot: Which one to choose?

When it comes to user-friendly, low-impact, and capable antivirus solutions, these two products are always on top of the list. But which one is better – Avast or Webroot? In this post, we’ll carefully examine both programs and compare them to each other to find the more preferable pick.

Main Features of Webroot and Avast

Let us start by taking a close look at the feature sets of Avast and Webroot. In many ways, they are similar to each other, but there are also many differences worth talking about. Avast is appealing to a broader audience; Webroot is the choice of a much smaller group of users. The company positions Webroot as an antivirus solution for the future. But does it offer what a regular user needs today? Here is a list of the standout features: 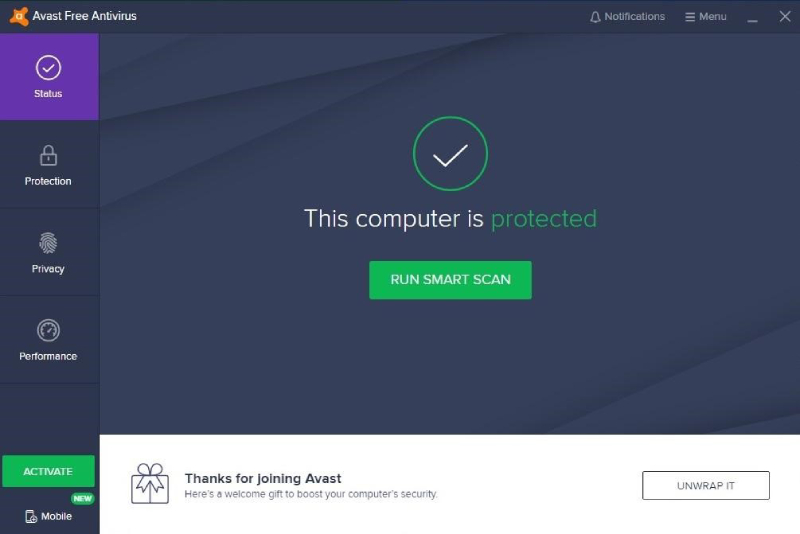 And now, let’s take a quick look at Avast. The most important features include:

Compared to Webroot, Avast is a significantly more advanced antivirus product. Besides, it offers a decent free edition that’s capable of protecting against modern-day threats. So, if you’re looking for a feature-packed antivirus that includes a VPN, file shredder, sandbox, and other vital tools, we recommend picking Avast over the competition.

Moving on with our Avast vs Webroot comparison, it’s time to talk about the most important aspect of any antivirus – malware protection. These two products are quite different and don’t use the same methods and techniques to battle modern-day malware. But which one is a more reliable antivirus?

It is a forward-thinking program, one that implements all the latest developments in online security to block all incoming threats. It is a cloud-based antivirus product, which means most of the operations aren’t done on the user’s computer. While most “classic” antiviruses use the so-called “signature baseline,” Webroot takes a different approach.

It analyzes metadata and behavioral patterns. Apps/files that aren’t in the cloud database are immediately “suspended” (placed in a safe environment) and monitored. By blocking potentially harmful applications, Webroot gives the cloud computer enough time to process these threats. Next, once the cloud computer fully examines everything, it sends out a command to the antivirus installed on the user’s device.

As you’ll learn in the next section, this revolutionary approach has an incredibly low effect on system performance. However, in real-world tests, Webroot fails behind the competition and has average-at-best results in malware protection. It is true for the Av-Comparatives, Av-Test, and SE Labs tests. Our team’s in-house tests prove the same. Compared to the likes of Kaspersky and Bitdefender, Avast is a bit less impressive. But, in the Avast vs Webroot competition, it’s a significantly better solution. Avast is a traditional antivirus and heavily relies on its real-time anti-malware modules to block incoming threats. And, it has a long list of extras that provide an additional layer of protection.

We’re talking about webcam protection, safe banking and shopping, Wi-Fi scans, and more. The available VPN takes security to another level and ensures no third party (like hackers or world governments) will be able to monitor your activity. In the most recent protection tests ran by AV-Test, Avast earned a perfect 6/6 score. In performance, it was ranked 5.5/6, which is a near-perfect result.

In the AV-Comparatives tests, it also performed decently, with a 99.2% blocking rate.

When it comes to malware protection, Avast is the far more secure pick. Some might argue that because of Webroot’s unique virus detection and elimination techniques, it hasn’t been properly tested by any lab yet. While that might be true to a certain extent, it’s still clear that right now, Avast is the winner.

User Interface and Impact on the System: Avast vs Webroot

Ease of use is one of the most important aspects of any antivirus program/suite. For a regular user, an antivirus needs to be equally user-friendly, straightforward, and easy to navigate. System impact is another thing to consider. So, is Avast again a better choice, or maybe Webroot takes the lead this time? The download-installation process is very easy and straightforward. Sadly, the same can’t be said about the user interface. First of all, it’s overcrowded with menus, buttons, and extra settings, most of which will make little sense to the regular user. Plus, the main dashboard is outdated and looks like it belongs to the 2000s, not 2020.

Along with the buttons and menus, there’s also a lot of text, which isn’t something you’ll see in modern-day antivirus products. On the bright side, since Webroot does all the processing on the cloud computer, it has little to no system impact. That means it can be installed on older hardware and software and will run flawlessly. 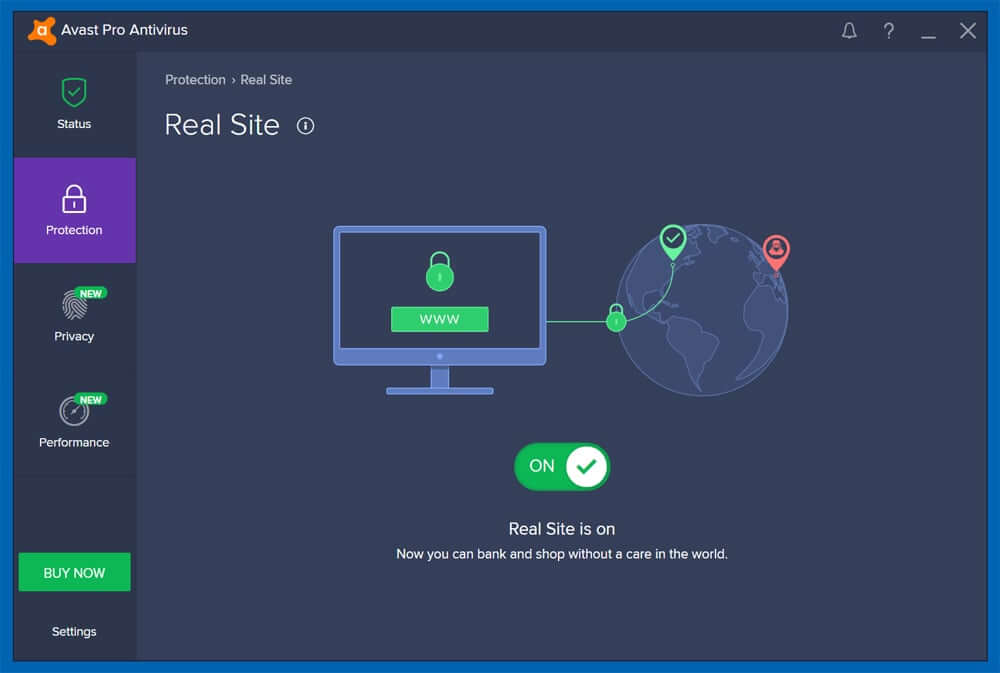 In contrast to Webroot, Avast is known as one of the friendliest antivirus programs on the market. The UI is easy to navigate, and all the essential menus are always within reach. You can run a scan from the dashboard and fix any flaws that slow down the OS. On the left side, you can check the system’s status, fine-tune the Protection and Privacy settings, and check the Performance page.

As for system impact, even though Avast relies on the local hardware to do all the “heavy lifting,” it still has a very low system impact. In the most recent AV-Test evaluation, Avast earned a 5.5/6 score in Performance. Webroot was rated the same. In a similar test conducted by Av-Comparatives, Avast received the ADVANCED+ award (the highest possible score); Webroot wasn’t even included in the test.

Although Webroot is a cloud-based antivirus with almost no system impact, it’s still lagging behind Avast. The latter has a similarly low impact on performance but boasts a far more pleasant, straightforward, and easy-to-use interface. It is a better choice for most users, as it will take you less than five minutes to learn your way around it.

And what about the price-tags – what do these products have to offer? Let’s take a look at the various packages and pricing of Avast and Webroot.

Here are the available Webroot packages:

SecureAnywhere AntiVirus – $29.99 a year. The basic plan can only protect desktop devices (Win and Mac); mobile platforms – iOS and Android – are not available. Overall, it’s a decent tier and can serve as a good starting point before you upgrade to something better. With this package, you’ll get:

Internet Security Plus – $44.99 a year. The biggest difference between this package and the previous one is the full support of mobile devices. It also includes a password manager that helps to protect your credentials and comes up with more sophisticated login-password combinations.

Internet Security Complete – $59.99 a year. The ultimate package is a good choice for eliminating traces of your activity online. Plus, it offers 25GB of cloud storage. Use it to keep your most precious data.

With Avast, you get to choose one of the four available tiers:

Premier – $69.99 a year. The next tier builds upon the basic package and adds several highly important extras:

Ultimate – $99.99 a year. As the name suggests, this is the most advanced (and costly) tier. Avast Ultimate is well worth the money, though, as it adds:

Webroot or Avast – what do we have in terms of pricing? When put next to each other, it’s clear that Avast is significantly more expensive, mainly because of the impressive list of extras. Webroot, in turn, is less feature-packed, but it’s a lot more reasonably-priced. Therefore, if you put affordability first, go with Webroot.

To help users with any potential problems and to provide support, both Webroot and Avast have dedicated customer service. Let us talk about Webroot’s support first and then move on to Avast and see what it has to offer. 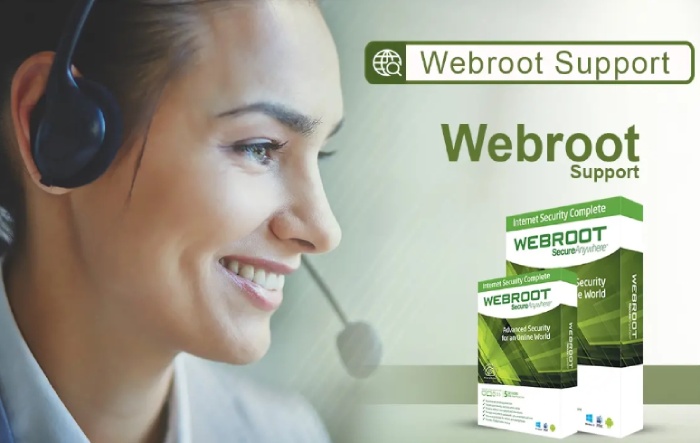 On the official website, you’ll find an FAQ page, along with a fairly busy forum. To get more immediate help, we recommend the phone support. Currently, it’s available in the US, Europe, and Australia. A ticket system is also an option, and it usually takes them less than a day to hit you back. Sadly, Live Chat is only for sales questions (nothing technical).

On Avast.com, there’s a detailed knowledge base for every single product. The forum is similar to that of Webroot. Live Chat is not available; but, you can always take advantage of the email, ticket, and phone support. And, compared to Webroot, the Avast technicians are faster and more eager to help. Most direct support options aren’t available to the Avast Free users, though.

We believe Avast is the winner in this round of the competition. First of all, it’s got more qualified agents, and it takes them less time to provide help. Furthermore, the company offers a rather expensive, yet useful Total Care service that includes remote control (allows the Avast technicians to fix your device remotely). It costs $199 a year.

This is it for today! We ran Avast and Webroot through various tests, including protection, user interface, pricing, features, and customer service. So, which antivirus is better? The answer is Avast: it’s a preferable choice in almost every single category except for pricing.

Yes, Webroot offers a more affordable deal, but it lags behind Avast in malware protection, support, and ease of use. Plus, it has a somewhat limited feature set.

John Kerwick
My license expired without reason; though my subscription still had many months remaining and had no clue of being unprotected. With Windows 10 antivirus there is absolutely no reason to have this terrible software installed.
AlitaHarry
I bought a package of Internet Security for my Laptop at Webroot by using a coupon from MyCoupons and got benefited.
Greg
Very high pressure up-selling when you contact customer support.
Read more...
David
i once subscribed to these services. My Microsoft program became corrupted and I suspected Avast to be embattled with the security provided with Widows. I canceled my subscription and reloaded my operating system NO REFUND AFTER 30 DAYS even though I paid years in advance. Guess what? My cancellation was avoided by Avast. After 20 months, my card is again charged hundreds of dollars. After much effort Avast billing credited my account. Only partially, as one charge for $47.91 did not show on their records. I was forced to call my credit card company and it took 1 hour 27 minutes to finally talk to a representative and get a dispute started. I don't know what the results will be, as I indicated Avast, they have no record of my payment being submitted. SAY WHAT?
Karl
I've Used AVAST (PAID) for 3 Years. Just wanted to check out How it stacks up. It works very well most of the time. BUT, it has 1 Nasty Habit. I can be browsing on one tap and a new tab will say NO Internet connection. ??? Or it will Kick U off the Server whenever it sees a change in the connection. Very Touchy. If Anything, it's Overprotective. Oh, and you CAN NOT Use the VPN on Netflix. Otherwise, Stellar!! And Yes, Excellent, Thorough Review.
Car
Nice review
Read more...