Home > Blog > Kaspersky Banned by the US Government
We review products independently, but we may earn commissions if you make a purchase using affiliate links on our website. We are not antivirus software; we only provide information about some products. 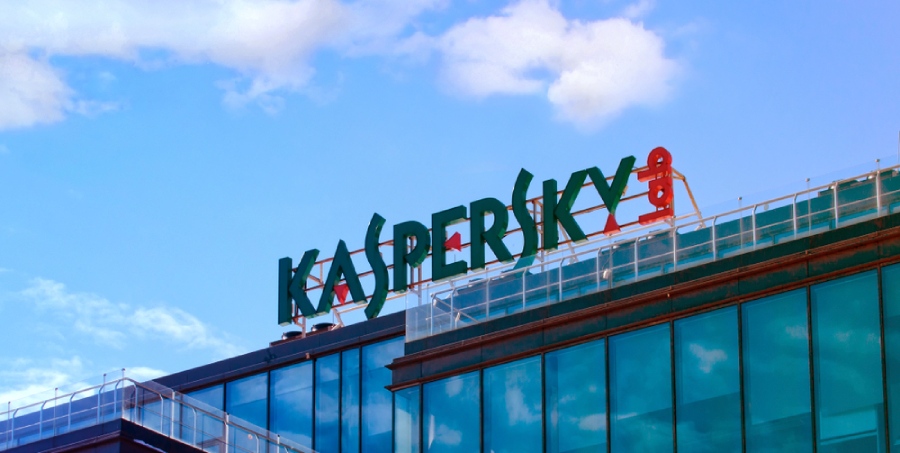 Kaspersky is one of the biggest names in the world of antivirus protection. The company (and the product) has been around for more than two decades (since 1997) and is internationally known and respected. Their antivirus solutions are in high demand not only in Russia (where the company was founded) but also in the United States.

With 400 million users worldwide, a strong presence in Europe, and numerous contracts with the “top dogs,” Kaspersky Antivirus is as big as it gets. By the end of 2018, the company’s revenue in Northern America dropped by 25%. In contrast, international revenue saw a boost of 4% and reached 725 million US dollars. Back in 2016, the United States accounted for 25% of the total sales.

However, recently (on the 10th of September), the FARC (Federal Acquisition Regulation Council) officially and permanently prohibited all US-based government agencies from using any of the Kaspersky products. The ban applies both to military and civilian agencies.

Kaspersky Permanently Banned from Collaborating with the United States Government

It all started in 2017 when Kaspersky was accused of working with Russian intelligence agencies. Later, on the 1st of October, 2018, a temporary ban was issued. The Kaspersky team did its best to overturn it in a court of law. They claimed that the ban was against the US constitution; however, it was still pushed through.

The company’s officials say that they have no intentions of taking this case to court ever again. They’re confident that it all has to do with geopolitics. Fact: In law practice, whenever there’s the government involved, no ban is ever lifted unless it’s the government telling the court to do so.

And in this case, the ban permanent: Kaspersky Lab can no longer provide security services to any United States government agencies. The list also includes third-party contractors and subcontractors that collaborate with the US government. The reason – the company was allegedly working for the Russian agencies and spying on the US government.

Furthermore, Kaspersky is known to produce cybersecurity solutions for the Russian government. Finally, it continually provides specialists for the Russian police and intelligence officers during arrests within the country. The DNS was mainly concerned with the fact that the law of the Russian Federation allows the local agencies to intercept all communications transiting Russian networks. 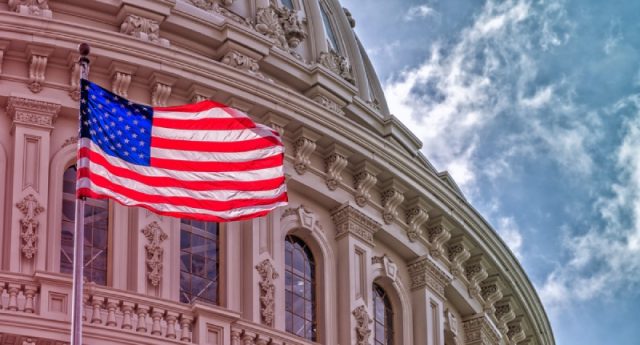 In an official statement, DNS warned that this law could be used by the FSB/other agencies to get access to top-secret information in the US. That poses a real threat to the United States national security, as there’s no telling which agencies will be exposed/vulnerable for the Russians to attack/gain access to.

The biggest question right now is – with Kaspersky gone, which antivirus solutions will be able to take its place? These things take time: there’s a testing period, and several third-party organizations will have to evaluate their efficiency. Moreover, there’s no telling whether this new software will be fully compatible with the current hardware and software or not.

That means no organization can say goodbye to the Kaspersky solutions just yet. They’ll only be able to do that once a “substitute” is ready to take over. Otherwise, with no active protection, they will make themselves vulnerable to numerous attacks. The biggest challenge is that most antivirus software requires the system(s) to be rebooted (and not once) to be completely removed.

And, since Kaspersky is installed on many critical systems, any downtime can potentially lead to unwanted consequences.

While this is, by far, the most significant Kaspersky “case,” it’s not the first time the company was involved in a controversy. Next, we have a list of the most notable allegations that have been following the Moscow-based cybersecurity/anti-virus provider. The list includes user data leaks, network security, KGB agents, and more.

This has to do with the claims that Kaspersky helps the Russian agencies (KGB, SVR, and others) during their investigations. Many media outlets made it look like the company is working solely with the Russian government. The truth is – Kaspersky is known to communicate and cooperate with the governments of many countries, including, for example, the US. The list also includes organizations like Inter-/Euro-Pol.

Besides, over the last couple of years, Kaspersky has openly fought against various hacker groups. For example, in 2015, they published their research on two APTs – Sofacy and CozyDuke – both of which are believed to have ties to the Russian government. 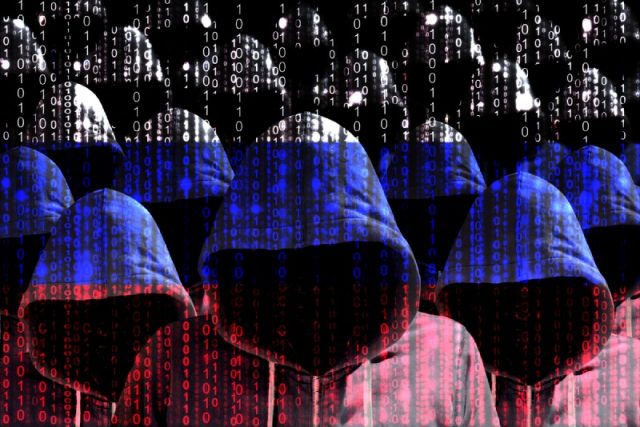 We’re talking about the security network controversy when users could allegedly steal each other’s files. Here are the facts: files from users’ computers are uploaded to Kaspersky’s data centers on rare occasions. They do that only when the specialists discover new threats that act suspiciously. True, by reviewing database updates, one can inspect these files, but the same is true for any other antivirus/security tool.

On top of that, the KSN (Kaspersky Security Network) can’t be used to access random files on users’ desktop computers or mobile devices. Finally, participation in the KSN program is voluntary (and, this option can be turned off at any time).

The “Creators of Kaspersky are All KGB Agents” Accusations

You’ll always see the names of Mr. Kaspersky himself (the CEO), Mr. Tikhonov (the COO), and Mr. Chekunov (the CLO) in these types of articles. So, is there any truth to that, or not? Well, Kaspersky did graduate from the IOS (Institute of Cryptography) that used to belong to the KGB. However, he wasn’t even a part of the system.

Tikhonov, in turn, used to work in one of the Military Of Defense research facilities (which had nothing to do with the KGB/FSB). Finally, Chekunov served in the SBS (State Border Service – a branch of the KGB), but it was compulsory service. They started the company many decades ago, back when cyber threats weren’t nearly as real as they are today. That means the KGB/FSB couldn’t have possibly “prepared” these gentlemen to work as spies in the US.

And now that we talked about every single major Kaspersky controversy/allegation let us take a quick look at the best alternatives. We hand-picked five antivirus solutions that will serve as excellent “substitutes” for Kaspersky. They are equally reliable, affordable, easy to use, and fully supported on all four major platforms. Here is our list of antivirus software with industry-leading anti-malware performance:

TotalAV company hasn’t been around for nearly as long as, say, Kaspersky or Bitdefender. However, it’s already posing a “threat” to the industry leaders thanks to strong performance, user-friendly support, and affordable packages. Plus, while the free edition doesn’t provide real-time protection, it’s still quite a powerful entry-level solution.

Available for all the major platforms, TotalAV offers three paid packages to pick from. The list of additional tools is also quite impressive and includes optimization/boosting tools and even a standalone VPN. See, why TotalAV is better than Kaspersky in our comparison.

As far as the most user-friendly and low-impact antivirus products go, Avast is right there among the leaders. Plus, it comes with one of the most capable and generous free versions. According to statistics, the majority of regular users chooses this software as a “starting point” before they switch to the likes of Kaspersky, Norton, and McAfee. But is Avast worse than Kaspersky, indeed?

Avast has been on the market since 1991, and, currently, it has 400+ million loyal users around the globe. Flexible, straightforward, and with useful extras like a VPN, safe browser, and password manager – that’s Avast in a nutshell.

If it’s brick-strong protection against all known threats that you’re looking for, Bitdefender might be precisely what you need. With near-perfect independent lab test results and a robust antivirus core, it’s equally effective against malware, phishing, ransomware, and other online threats. The various modes (work, movie, and game) make sure the user is not bothered when playing a game or working on something.

Support, the available additional features, and flexibility are even more reasons to consider Bitdefender as your primary antivirus. Too bad it’s a bit expensive and can take a long time to complete full scans. But still, Bitdefender is better than Kaspersky.

Much like Bitdefender, McAfee is a robust antivirus solution with industry-leading lab test results. However, it’s not nearly as strong against phishing as some of the rivals, and the LiveSafe package isn’t particularly affordable. Plus, McAfee has a very high system impact, especially during scans. On the bright side, this software is excellent for thorough virus removal and rarely flags false positives.

So, before you decide to commit to McAfee, go through our list of pros and cons, and see whether you think the strong sides outweigh the downsides or not. Also, check how McAfee stands against Kaspersky. 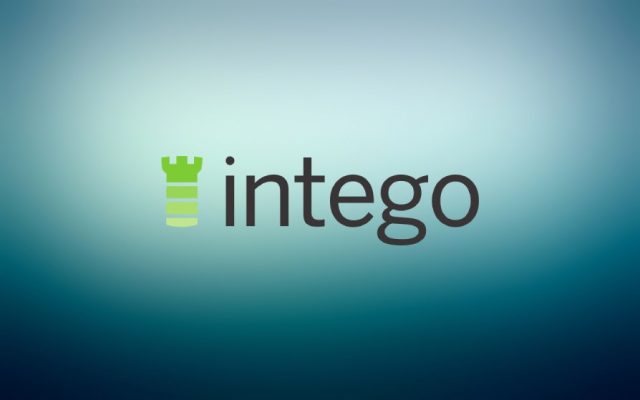 Active since 1997, Intego is a Mac-exclusive antivirus. Yes, it’s not available for Win, iOS, or Android, but the focus on the Mac systems allowed it to be a leading product in that segment. With four flexible packages, a powerful firewall, and real-time scanning, this solution is definitely worth your attention. This is important: there’s no phishing protection with Intego, which, of course, is a big downside.

Furthermore, you’ll need to be careful when sending an email (with attached files) to a Windows user. That’s because it can’t correctly identify Win-exclusive threats and you may very well be sending malware with that email. However, on its territory (MacOS) Intego does better than Kaspersky.

That’s all there is to talk about concerning the current situation with the Kaspersky ban. It’s important to mention that regular users can still purchase any of the Kaspersky packages and enjoy industry-leading protection. However, since the ban is permanent, US government contracts aren’t in the picture for this company anymore. So, we highly recommend switching to one of the five alternatives from the list above.

It’s going to take the United States agencies/organizations quite some time to get things back to normal after refusing to work with Kaspersky. As already mentioned, the possible downtime and the issues that may come forth during the removal of the already-installed antivirus products won’t be easy to deal with. We’ll keep you posted on all the latest developments!